Globevestor and its portfolio regularly gets covered in leading media publications. A selection of recent press coverage is below.

Springboard, an online learning platform for workforce upskilling, has raised $11 million (over Rs 78 crore) in funding led by Reach Capital. The financing round also saw participation by Pearson Ventures, International Finance Corporation (IFC), as well as returning investors Costanoa Ventures, Learn Capital, and Blue Fog Capital. The company has also partnered with Microsoft to train and place 5,000 students into analytics jobs over the next three years through its new Data Analytics Career Track.

Hyderabad- and Toronto-based GenY Labs, which operates Auris, an AI platform that curates consumer insights in real time, on Thursday announced that it has raised a seed round of funding totaling approximately $700,000. The round was led by BVR Mohan Reddy, Executive Chairman of Cyient and other Indian and Canadian investors. Devdatt Shah, former Managing Partner of Brookfield Asset Management and former CEO of ICICI Securities, and Vikram Khurana, a serial entrepreneur, participated from Canada.

Wealth management startup Wealthy announced it has raised $1.3M fund in a round led by early-stage venture capital firm Good Capital. Fintech venture capital firm Emphasis Ventures (EMVC) also participated in the round. The company’s previous investors include Venture Highway, V1 Capital and Globevestor. The company is expected to use the funds to scale up its partnerships with wealth managers to tackle trust issues among customers and further develop its financial products.

Digi-Prex just closed its seed round from a range of highly-influential VC firms. It’s also one of the largest seed financing rounds for an Indian startup. The startup has raised $5.5 million from Khosla Ventures, Vedanta Capital, Y Combinator, Quiet Capital, and SV Angel. Justin Mateen, a founder of Tinder, also participated in the round. Digi-Prex runs an eponymous online subscription pharmacy in Hyderabad and serves patients with chronic diseases. Patients share their prescription with Digi-Prex through WhatsApp and the startup’s workers then deliver the medication to them on a recurring cycle. 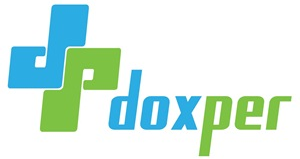 Mumbai-based InformDS Technologies Private Limited, the company behind healthtech startup Doxper, on Wednesday announced that it had raised $4 million in the first close of its Series A round led by healthcare-focused fund Alkemi Venture Partners. The round also saw participation from Rainforest Venture Network, existing investor growX Ventures, and some marquee angel investors. It will use the funds to power its growth across India, invest in technology and R&D, and develop new products. 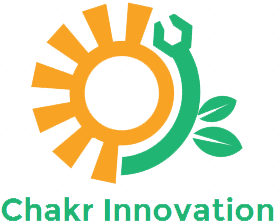 IAN Fund leads a Rs 19 crore round in Chakr Innovation

IAN Fund, a SEBI registered seed and early-stage VC Fund fund, has led a Rs 19 crore round in Chakr Innovation, along with Jyoti Sagar and IDFC Parampara fund. Chakr Innovation is focused on building a suite of products to help reduce air pollution. Founded in 2016, the startup leverages cutting-edge technology to capture emissions from diesel generators and convert the pollution-causing particles into a base pigment for black inks and paints.

Why Meesho is in Globevestor's anti-portfolio

Globevestor invests in early-stage startups across sectors in India and the US. As we meet founders early in their journey, our decisions require some crystal-ball gazing. While we’ve been fortunate enough to have invested in several high-growth startups, we’ve had our fair share of misses, too. Meesho is one such company that, unfortunately, is in our anti-portfolio. We were proven wrong very soon. Within months, Meesho joined Y Combinator and hasn’t looked back since, reportedly raising $65 million in funding and enabling millions of sellers till date.

Work has a very different meaning today than it did a decade ago. The new-age workplace is distributed, remote working is the norm, and knowledge is increasingly the key driver of productivity. As a result, traditional approaches to information exchange, and training and developing talent are becoming obsolete. The next wave of "AI at workplace" startups would help employees become better at their jobs by detecting patterns through machine learning models based on large real-life data sets and plugging gaps in knowledge sharing and training.

On Monday, US-based online course platform Springboard launched its India operations. While the company might have joined the India online learning party late, its India Managing Director Vivek Kumar is confident of making a mark in the already-crowded market. Speaking to YourStory, Vivek said, “If you look at the market, a big change is happening. Twenty years ago, people changed perhaps two to three jobs (over their career). That’s not the case anymore.”

Every year, more than 1 million people die due to air pollution in India alone. With the deteriorating air conditions in Delhi, the mastermind behind Chakr Innovation decided to create the world's first retro-fit emission control device for diesel generators. With this technology, Chakr Innovation has successfully managed to capture 90% of the particulate matter from the exhaust of diesel generators, which further lead to the generation of 15,000 billion liters of pure air.

OurHealthMate, a technology platform that connects patients, providers and payers in India, is planning to foray into the Philippines market soon. The company has also set its eyes on Mexico, Indonesia, Vietnam, Thailand and Bangladesh markets. "We will be launching in the Philippines in a year because the country has a similar model to India with regard to insurance and immigrant population." Abhinav Krishna, Co-founder and CEO of OurHealthMate said.

The Indian startup Chakr Innovations designed a device that cools the exhaust, making it easier to catch particles of soot, and then stores it in a solvent. Clean air comes out the other side, and the soot can later be used to make black ink. Dell, which is printing its packaging in India using the ink, is the first company to use it at a large scale. Dell discovered the startup as part of its ongoing search for innovations.

Chennai-based edtech startup Flinto has raised debt funding of Rs 6 crore led by InnoVen Capital. The funding will be used to expand the company's domestic presence, and to venture into international markets like Southeast Asia and the Middle East. Commenting on the investment, Tarana Lalwani, Director at InnoVen Capital India, said in a press release, “This space has great potential as more parents look for activities that help children learn in a fun way. Our investment will support Flintobox’s expansion plans, as it looks to scale up.”

Get access to promising investment opportunities, invest in businesses you believe in and earn great returns.